My Life – A Family Man 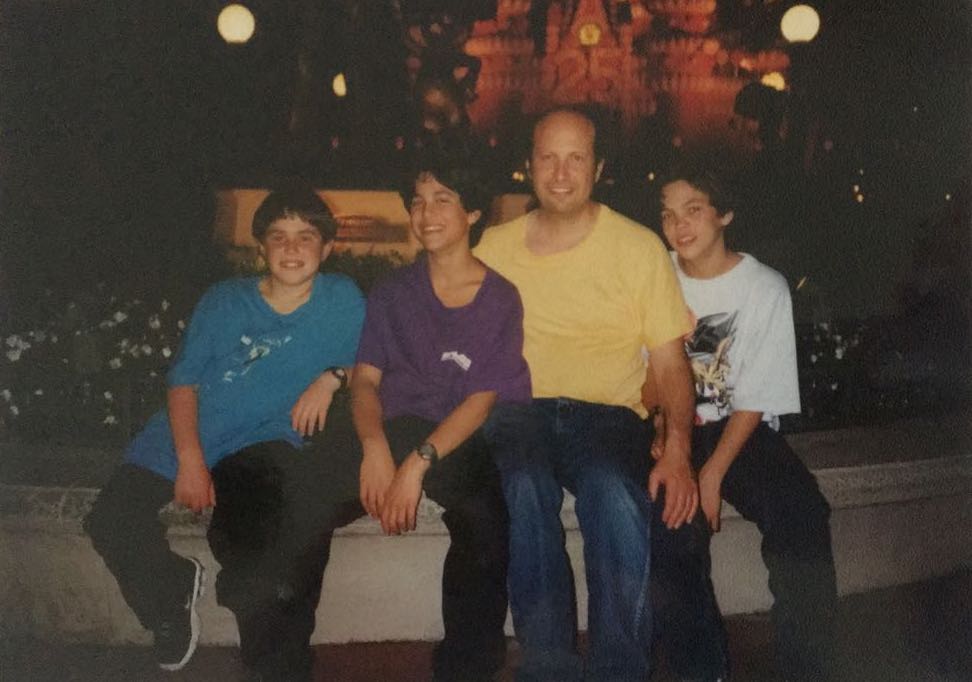 I thought I would share some of my thoughts on family life. Of course, I don’t wish to sound boastful, but as I’ve been a husband for thirty-nine years and a father for thirty-six of them, on this subject at least, I do speak from hard won experience. I’m fairly sure those of you who are also married with kids will understand that the experiences of family life range from hell to heaven and an absolute load in between!

I first noticed the beautiful woman who later became my wife at my father’s funeral. I was 18 years old, she was 16. Without wanting to sound too controversial, she was also my cousin.

I was pretty crazy then (some say I still am). She was lively but had a certain calmness about her I knew would be good for me. After a year or so of going out we decided to ride the long and surprisingly wide road of life together. And boy what an experience has turned out to be.

In love and against all life could chuck at us we have always remained a close team. As I mentioned in an earlier blog, the birth of our first child did not go smoothly. Thankfully he turned out to be an easy son to love and be proud of until the very last day when cancer tragically stole him away from us at just 35 years old.

Each of our other sons are just as easy to love and admire, as they experience their own wild adventures. Living is rarely made up of only yourself, unless you happen to be a hermit living in a cave. Living is having and following a purpose or ten. When you’re part of a family with kids, the purposes are obvious.

Everyone to some degree depends on parents using their own successful life experiences to advise as best they can. Bringing up a family of noisy, sometimes screaming, sometimes laughing children, certainly gives you this experience!

Sadly these days I’ve noticed how more and more parents have turned to drugging their kids with antidepressants, sedatives or ‘happy pills’, or just sit them down in front of the television or computer games to keep them quiet, rather than make the more difficult, time consuming efforts to understand them, and keep their life active, challenging and adventurous. That takes work, sometime hard work, but in the end it’s worth it, if only for the love and satisfaction you get in return.

No one said life would be easy. People aren’t peaceful cows. They are hot and wild, each making their own drama out of their own life. And let’s face it – kids are people with small bodies, not yet educated in the dos and don’ts of life.

Through no fault or great design of my own, I seem to be one of the luckier ones. Saying that, it’s been no bed of roses. I suppose I’m one of those people who would rather die in the heat of battle, than half asleep in front of a television set.

In my writing I am drawn to characters who fight through their own barriers as well as those presented by the life they lead. The Game Hunter series is full of this.

In the next blog I’ll share times that being a father tested me close to the limit.

Until then I hope you have a good couple of weeks.