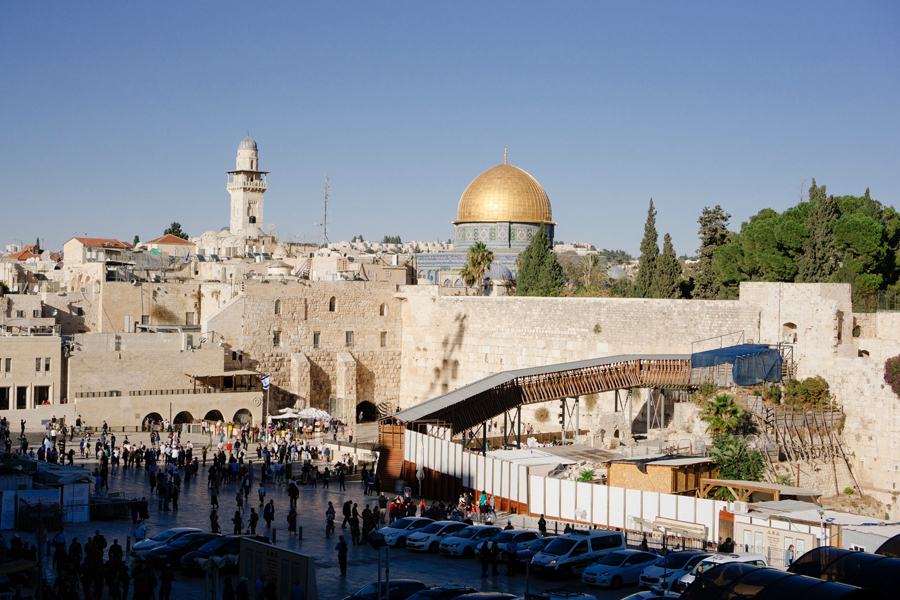 There is something I experienced in Israel which was both rare and extraordinary enough to merit a few words.

My girlfriend Sheryl and I went to visit one of her old friends living in the ancient part of Jerusalem. We stayed within those holy walls for two days and two nights as the Israeli war raged on.

As you probably know, Jerusalem is one of the most spiritual locations for three religions: Christianity, Judaism and Islam. When I was there it remained close to how it looked 2,000 years earlier. Similar to when Jesus walked those streets and shopped at local markets.

On the first night we fell asleep in our sleeping bags in one of the many small, man-made caves hacked out of rock over the centuries past. The old friend we were visiting had become a born-again Christian. Him and his friends’ conversation around an open fire about the works of Christ and his followers, continued into the early hours of the morning.

The next day we wandered around the ancient buildings and alleyways like so many have done before. There was constant beckoning to buy from the endless stalls that made up the market. That combined with the sudden appearance of an extremely holy building, tomb or rock was incredibly fascinating.

Although it was dirty in many places, it was also so alive. Just like other cities, it had its own personality and atmosphere that you could feel and breath in. Of course, its history and the very buildings that had silently witnessed so much meant that most tourists and quite a few who chose to live there, were there to give their heart and soul to their religion.

The day passed as we stumbled upon symbols or buildings that told a story of ancient times. However, when later at night the tourists had gone, we were invited to a café where the more down on their luck residents went for conversation and drink. As I sat with my girlfriend, a local happily told us about each person who came through the rickety door.

To mention just a couple:

There was an drunk man who came in with a sheep on a leash. I was told he considered it to be his wife. Another showed me lash marks over his back received after being caught trafficking drugs over the border. It was a strange, wild place that reminds me of the alien bar in the first Star Wars film.

The second and last night we were invited to see a religious teacher. We sat around a table listening to him reading and discussing the Christian holy manuscripts. Once back in the cave, we again finally fell asleep to the soft conversations of four or five devoted religious followers around that open fire.

By the time we left, I was fascinated by how Jerusalem was so spiritually important. Uplifting to some and yet just another place to live for others.

Although I found this ancient and holy city fascinating, it was the fire inside the people who lived there, or visited on religious pilgrimages that interested me the most.

In its own way the ancient City of London is similar. It has also witnessed much adventure and drama brought on by people’s beliefs, challenges, loves and hates. In fact, I have come to realize that people don’t just get embroiled in the adventures of life, no, they’re the adventure itself!

It is this concept, along with each character’s individual personality, all set within the walls of the prison City of London that I hope to gradually bring to the fore for you, by the end of the Game Hunter series.